Whether you have biologically fathered children or if you have been a surrogate father for a neighbor or friend, this thank you goes to you from the children whose lives you have changed in a positive way.   In these times of increased divorce, many children have been left with no father figure in the home and others with limited contact with their father. 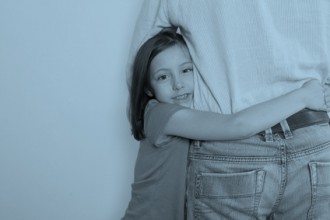 In many homes, it is not necessarily a separated family that requires a replacement father figure.  It may be a home in which the father travels frequently, or perhaps the father is not involved for other reasons, either by choice or perhaps there are health concerns in the family which results in not enough people to nurture and care for everyone that has a need for a father figure.

We all know the statistics about the percentage of divorce, in which approximately 50% of all first marriages and over 70% of second unions end in divorce. Obviously, there is fallout from these situations which can affect the parenting relationship and the physical, financial and emotional well being of the children from these marriages and breakups.  Suffice it to say, it is staggering what the absence of a parent, and as just as serious and of great concern, is what the negative impact of ongoing conflict between parents is having on their children.

So all this brings me to my own lack of a father figure and beyond to my children’s experience.  May God rest my father’s soul; he did the best he could with what he had to offer.  Reflecting on my own “not so amicable” divorce (yes, I admit, it is embarrassing and so you know, it was not my preference) causes me to see how the fallout has affected my children.  My children have a father that was there, but not really there.

We had a wonderful neighbor and friend, Fred, who took an interest in my children.  Both Fred, and his wife, Kathy, included my kiddos in their evening walks.  They would stop by the lakes and feed bread to the ducks and geese.  Sometimes the kids would come home a little wet, but delighted, from accidentally slipping into the water.  When Fred was working on his car, he would take time to explain to my son what he was doing.  One day I looked out the window to see Fred teaching my son to ride his bike.

Fred and Kathy had bunnies and dogs that my kids would play with.  Once in a while when I could not locate my kids, I would find my children playing  board games with Fred and Kathy.  They never forgot my children’s birthdays.  It was a simple gift, nothing extravagant, but always some recognition of their special day.  Occasionally they would invite us all over for a big pot of their delicious spaghetti, not a fancy meal, but there was always lots of laughter and socializing.

Unfortunately, Fred and Kathy relocated to a city seven hours away from us.  My kids still recall the sad day Fred and Kathy moved away.  As a family we went to visit them and we went out to Dave & Buster’s.   The kids had so much fun; they would not leave Fred’s side.  Their father was a bit confused and did not understand why the children wanted to be with Fred instead of him.  Plain and simple, Fred was the one that invested his time, energy and heart into these sweet children of ours.  Shortly after that trip, our marriage ended in divorce.  Soon after that we received a phone call from Kathy that Fred died of a heart attack in his sleep.  My daughter sang a beautiful Amazing Grace at Fred’s Memorial Service.  Little did we know then, that was the day that my son felt like he lost his father.  To this day, my son struggles greatly from this very significant loss.

The message is one of recognition and heartfelt thanks to a wonderful man that gave unselfishly of himself to a little boy and girl, who will worship him forever.  We all have the opportunity to be a Fred.  Don’t miss the opportunity to change a child’s life forever.  Fred’s gift to my children did not cost anything but his love and his undivided attention.  It’s not too late to be that person for your children.  We love you Fred.